I had a traditional education in a convent and I loved it!

Posted on October 27, 2014 by governingmatters

A few months ago I came across some photographs of my old school taken in the 1920’s. What was amazing was that these photographs showed the school just as I remember it.

St Joseph’s Convent School for Girls is a private, selective school in Karachi, Pakistan. It was founded in 1862 by Belgian nuns. Today there are around 2000 students on roll. It’s an all through school. 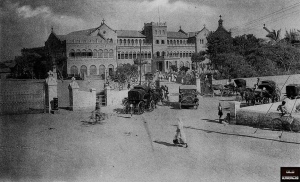 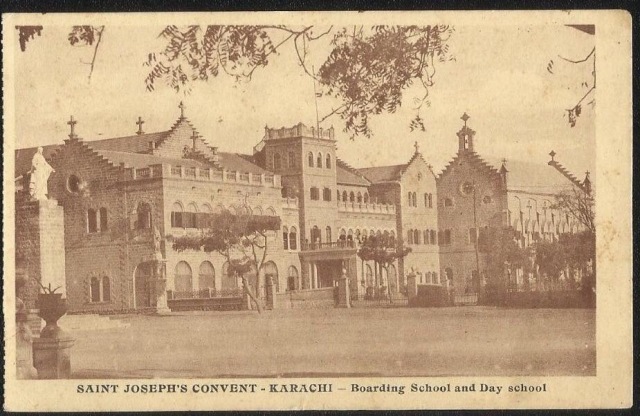 What do I remember about my time at the school? Well, obviously my friends. Many of us are still in touch with each other. When we meet we are the same happy go lucky, giggling teenagers we were at school. We are very comfortable in each other’s company in the way only childhood friends can be. There is no pretence, just the joy of being in each other’s company and I think St Joseph’s has a lot to do with that.

I’ve never forgotten the wonderful staff, both the nuns and others. Unlike the common impression people have of a convent education, the nuns who taught me could not have been kinder. That is not to say they weren’t strict. They were, but they were fair as well.

Teaching was what people would probably label as traditional. The photograph below dates back to the 1920’s but my classrooms were the same. Teachers stood at the front and we sat in rows facing the blackboard. There was homework and there were tests. Miss Aileen Soares, our maths teacher (she completed 50 years of teaching in 2011!) used to start each lesson with a 5 minute test, the results of which would count towards the final grade. She would walk up and down the classroom and at the end of the 5 minutes she would say, “Books up for correction”. Girls sitting at the front of each row would get up, collect the books and take them to the staffroom.

When Miss Soares would show us how to solve a problem, she would explain while writing on the board and when she finished she would start erasing it. You quickly learnt to pay attention in her lessons!

We were expected to have impeccable manners and a great deal of emphasis was placed on good behaviour. There were consequences if homework wasn’t handed in on time. There was never any low level disruption. We stood up whenever an adult came to our classroom. We were expected to behave as well brought up ladies or we would be taken to task by Sister Zinia, our principal. I know this may sound very Victorian, but even with the advantage of hindsight I can’t see anything wrong with that. There was a narrow staircase which you can see in the photograph below. We were expected to let the other person pass before we went up or down it. Years later when I was studying in the international school in Colombo, Sri Lanka, I stood at the bottom of the stairs waiting for the headteacher. When she came down, she asked me why I hadn’t gone up. I explained that that was the way I had been taught by the nuns at my previous school. I said a silent thank you to them when she said she thought I was very polite. Looking back I know that one of the reasons for the school not having any issues with behaviour was that the sanctions for bad behaviour were clear and consistently applied. Teachers were backed by the senior leadership team and we knew it was no use complaining to our parents. For one, they wouldn’t go against the teachers because culturally teachers are respected by everyone and parents would never overrule a teacher. Secondly, and again this is down to culture, the same boundaries were applied at home too.

As far as the curriculum was concerned we studied  English Language and Literature, Urdu, Maths, the Sciences, History, Geography, Physical Education, Art, Music and even needlework! We were expected to memorise scriptures, time tables and poetry and were tested on all of these.

We were lucky enough to have a huge playing field, which we, for some reason, called the Hockey Field, as well as a tennis court. There was healthy competition between Houses and an Annual Sports Day where trophies would be awarded for individual and House winners. We were taught to be magnanimous when we won and took defeat in our stride.

Credit for above photograph: Shamim Taufiq) This was a convent school in a Muslim country where everyone had “British values”. My friends were Muslim, Catholic, Protestant and Zoroastrian and the religion each of us followed mattered not one jot! Again, I think that was down to the environment at home and at St Jospeh’s.

Some more photographs to give you a flavour of my school. 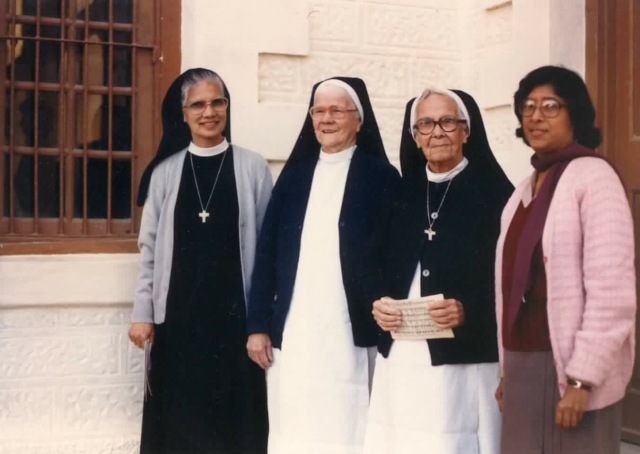 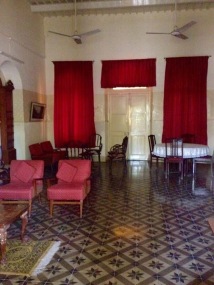 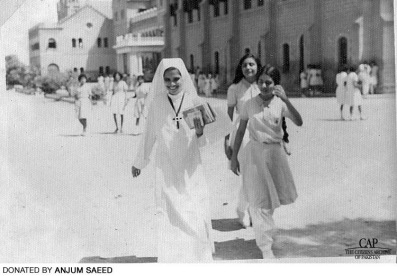 Some more photographs from the 1920’s. 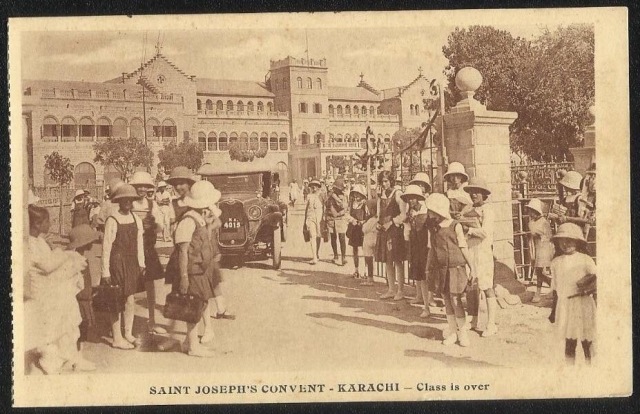 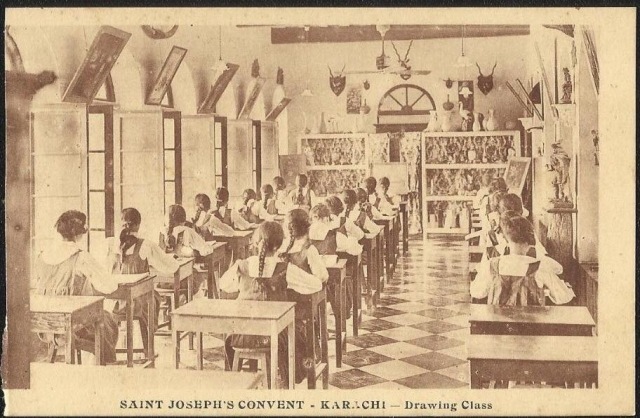 I recently came across a question posed to teachers on Twitter which was, “Would you send your child to the school you teach in?” If you ask me if I would send my daughters to  St Joseph’s Convent School for Girls my answer would be yes. That is the biggest accolade I can give to my school.
(These photographs were posted on Facebook and I had asked permission to use them. If you would like to be credited for them individually please let me know and I shall do so.)

This blog was also published on Tribune blogs

This entry was posted in Uncategorized and tagged convent school, photographs, St Joseph. Bookmark the permalink.

67 Responses to I had a traditional education in a convent and I loved it!

This site uses Akismet to reduce spam. Learn how your comment data is processed.