My father, my rock

Posted on November 4, 2018 by governingmatters 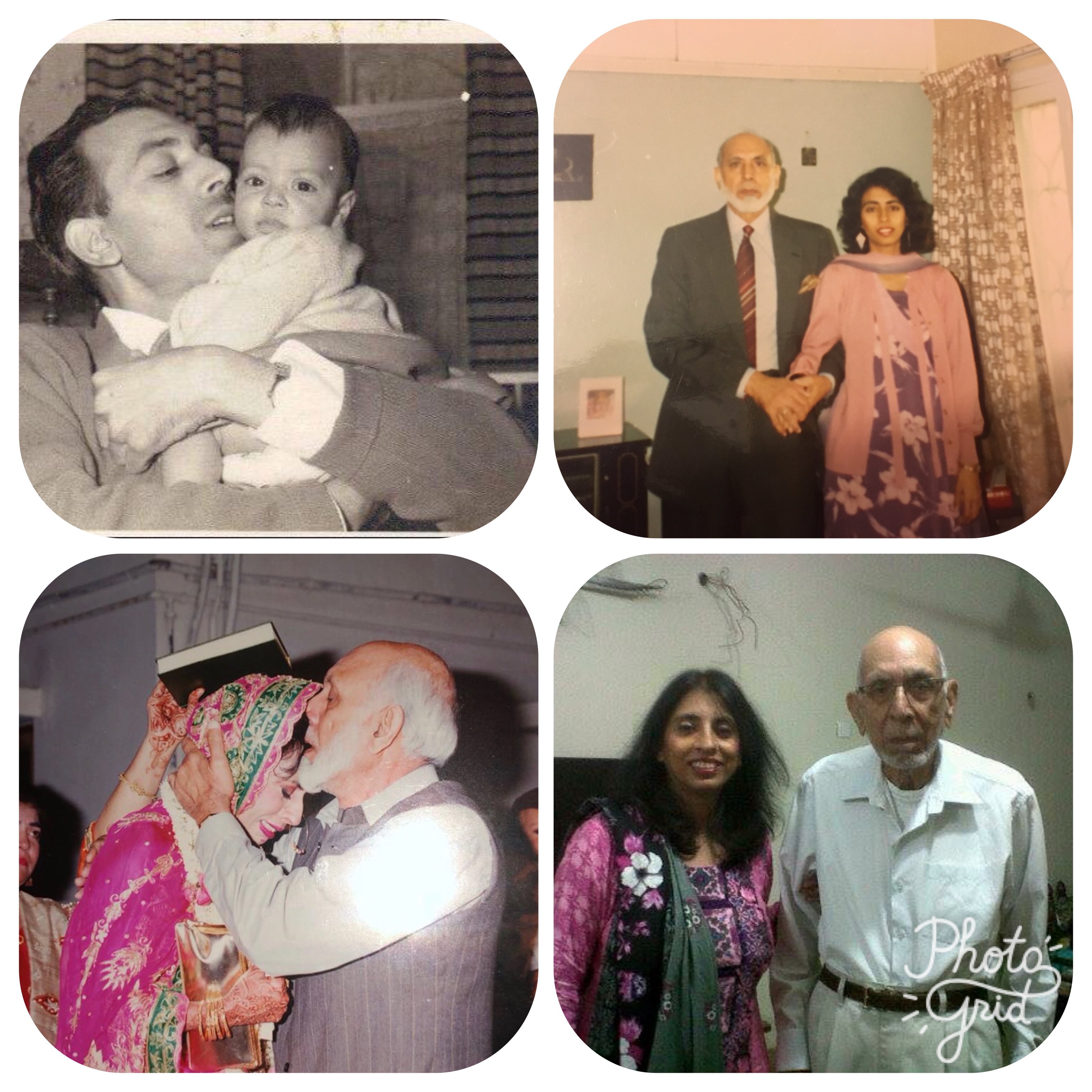 The little girl, no older than five, sat by the window looking out. She was feeling unwell and was running a temperature. It was evening and the street was lit. The evening traffic was heavy; people were going home from work and others were out shopping. The street lights, the headlights of the cars, the pedestrians walking quickly to get to their destination were keeping the little girl engrossed. Suddenly she caught sight of a donkey cart on the road. She was fascinated by the cart which seemed out of place amongst the cars. She had been lethargic but on seeing the donkey cart she stood up to get a better view. Her father was sitting beside her. She was his princess and she was unwell and he wanted to stay near her, comfort her. When the cart passed from the little girl’s sight, she turned towards her father and, with tears in her eyes, said,” I want a donkey cart”. He gathered her in his arms, kissed her and stood up. He called out to his wife that he was going out. A little while later he returned. He had in his hand a little, wooden toy donkey cart. He gave it to his daughter who looked up at him and smiled. The father’s name was Mian Iftkhar Afzal. The little girl was me. He was and will always be my hero.

He once said to me, “As long as I’m alive your problems are not your problems. Your problems are my problems”. And he proved this time and time again. Just one of a million examples of this was the time I was visiting him. My eldest daughter, Sara, was around three at that time. The time difference meant we were quite jet lagged and on top of that I wasn’t well. Daddy came to my room and said he would take Sara to his room so I could get some rest. Sara loved her grandfather and happily went with him. She then spent the whole night chatting with him. My father stayed up the whole night entertaining my daughter so that his daughter could get some rest. That was just the way he was; nothing was too much trouble for him where we were concerned.

Another example of this was when I went to Norwich for my MPhil. As this was an entirely research based course I used to go to the lab at a time dictated by the experiment I was running. This meant sometimes I was in the lab till quite late. My father was uneasy about my walking back home late at night. He called me and said he was sending me money and asked me to buy a car. The way his children travelled to and from educational institutions was something he was always concerned about. He would pick and drop us when we were at school. He only stopped doing this when I passed my driving test. My friends say that their memory of my father is of a tall, handsome man picking up his daughter, holding her hand and crossing the street to get to the car. After my Masters I started teaching at university. One monsoon season the city experienced a really heavy downpour. My father rang me and asked me not to drive home by myself as the roads were flooded. His office was at the opposite end of the city. He drove to the university himself (a distance of about 25km) and picked me up.

My father was a highly accomplished man. Research on cotton and textiles was his passion but he was interested in all manner of things. His knowledge of Islam, Islamic history, Pakistan’s history, literature and politics to name a few was legendary. He was writing opinion pieces for newspapers till the very end. I grew up surrounded by books and for that I’m eternally grateful. I loved sitting with him and listening to him; he could make the past come alive, he could make the future sound exciting. He would recite relevant verses from the Quran, he would recall ahadith (sayings of Prophet Muhammad pbuh) which were relevant to the topic we were discussing. He would quote Persian poetry, he would recite poetry by Allama Iqbal. How many times did he make me smile by quoting Oscar Wilde.

Daddy was someone who wouldn’t compromise on his principles. An example of this is from the time he was working for the UNESCO in Sri Lanka. When we arrived in Colombo someone told him that in order to be accepted socially and to network he would have to serve alcohol. Being a Muslim buying, storing and serving alcohol was against his principles so this was something he wasn’t prepared to do. He said he didn’t want this social acceptance at the price of his principles. Turns out that that person was misguided; my father and the rest of us never faced any discrimination because of our religion and no one ever refused his invitation.

I have followed his example in my social dealings with people. I have a very large circle of friends and they know I don’t drink or serve alcohol. Seeing my father stick to his principles has made it easy for me to stick to mine.

My parents were married for 58 glorious, marvellous years. He treated my mother like a queen. Once my mother had seen and admired a gold necklace. The next day my father went to the shop and bought it. The shopkeeper was amazed that he didn’t look at anything else or haggle (something very common in Pakistan). The fact that my mother liked it was enough for him. The day they got married he added her name to all his accounts. All family decisions were hers to make.

He was proud of all his children (I’m the eldest and I have a brother and a sister). He told us that all he asked of us was that we did the best that we could. He treated us like prince and princesses. No matter how old I grew, it was comforting to have my hand held in his tight grip, to be enveloped in his hug, to know that he would never let any harm come my way.

My brother’s tribute to our father. pic.twitter.com/i0cMETGND2

We surely belong to Allah and to Him we shall return

This entry was posted in Uncategorized. Bookmark the permalink.

2 Responses to My father, my rock

This site uses Akismet to reduce spam. Learn how your comment data is processed.